In the second of his reports from the Paperless Lab Academy 2015, Tom Wilkie considers old LIMS and dead data.

One of the reasons that change is happening in the informatics industry now, is the pharmaceutical industry’s growing interest in data analytics. As discussed in the first report in this series, this point was made both by Rachel Uphill from the Allotrope Foundation in her presentation to the Paperless Lab Academy in Barcelona earlier this week, and also by Patrick Pijanowski from LabAnswer in his keynote address.

But a second driver for change, according to Pijanowski, is that existing mature laboratory informatics systems are being replaced because they have come to the end of their lives or because systems are no longer supported by the vendors. ‘LIMS is a ubiquitous common-core data platform and represents a huge investment when it has to be replaced,’ he said. Companies will be unwilling the spend the money just to get an incremental upgrade, he believes; instead they will go for transformational, holistic change.

Pijanowski’s thesis was exemplified in the talk that immediately followed his presentation, when Christian Wolf described the FELD project (Future Environment Laboratory Domain) within Bayer Pharma. Wolf, who is head of IT Systems at Bayer’s Global Chemical and Pharmaceutical Development, explained that three of the major laboratory systems that the company had been using were no longer supported by the vendors. Indeed, one vendor was no longer in business.

But in another theme common to many presentations to the PLA, Wolf said that they wanted to harmonise laboratory processes as well as the informatics systems. Other objectives were to eliminate data redundancies and fragmentation, to have self-documenting processes, to connect up all the instruments in the laboratories, and to optimise data reporting.

The new system is expected to go live towards the end of this year, with roll-out to the analytical laboratory early in 2016. The optimistic scenario was, he said, that the resulting efficiencies would recoup the cost of the installation within two years. When pressed, he conceded that ‘there are no official pessimistic scenarios’.

Although the Bayer Pharma project was intended to harmonise working practices across three disparate laboratories, it was not an outsourcing project – all three sites were part of Bayer. The risks of outsourcing were highlighted by Ryan Sasaki of ACD/Labs in his talk to the Paperless Lab Academy. His talk picked up and further developed Pijanowski’s points about data analytics and data integrity in an externalised world. ‘Externalisation leads to lost knowledge,’ he warned. The CROs to whom the pharma companies outsource operations will build up their own expertise and understanding of lab processes as a result and thus create knowledge that is not being captured by the pharma company itself.

Sasaki pointed out that there is a difference between small molecule and biologics in terms of where the intellectual property (IP) resides. It is usually the case that the IP for small molecules lies in the chemical structure – which the pharma company can capture for itself. However, often the IP for biologics lies in the process, not the product. Investing in laboratory informatics software will therefore pay off relatively early in the case of small molecules – in the discovery or development lab – but it will be much later in the case of biologics.

The difficulty in capturing such knowledge is all the greater because currently around 60 per cent of the data exchange between a CRO and the sponsoring company is being done by email and PDFs. ACD/Labs regards this as ‘dead data’, he told the meeting: ‘If the only way you’re receiving data from your CRO is via PDF, then you’re losing a lot of knowledge.’

Do you have proof of your compound’s identity?

The inadequacies of such a method for transferring scientific information also increase the risk that the ‘proof of identity’ of a sample might be lost in the transfer of materials between the contractor and its client – another form of lack of knowledge by the pharma company itself. As an example of just how serious the consequences can be, Sasaki cited the example of Bosutinib, a tyrosine kinase inhibitor which has received approval for the treatment of adult patients with some forms of chronic myelogenous leukemia (CML). However, as a selective kinase inhibitor, the compound is the subject of much more medical and basic research. Some three years ago, much of this was invalidated (including findings published in the scientific literature) and had to be redone because researchers had unwittingly been using an isomer of Bosutinib instead of using the genuine compound. The compounds had been synthesised by contractors and they had unwittingly produced biologically inactive isomers and this had not been detected by many of their customers.

The ACD/Spectrus platform, he suggested, offered one route to a ‘universal data language’ that could avoid the need to deal with ‘dead data’ in an externalised world and instead move to active data and knowledge generation. ACD/Labs was, he said later, a partner in the Allotrope initiative and saw that the work of Allotrope not only as complementary to ACD/Labs own line but, by helping promote the concept of more usable data and metadata, as bringing about a wider realisation of the advantages of moving away from the dead data syndrome.

This is the second in a series of reports from the Paperless Lab Academy which took place in Barcelona, Spain, on 14 and 15 April 2015. The first report Out with the old and out with the external can be found here, while the third article looks at the impact of Disruptive technologies in informatics.

Alongside the Paperless Lab Academy® plenary session, renowned for the quality of its rich and non-commercial content, is the Lab Informatics Showcas

Post-pandemic, the increase in digitization of clinical trials has allowed for radical changes within      the industry, such as remote access to

The Paperless Lab Academy® (PLA) is a leading laboratory automation event in Europe, launched 10 years ago. In 2020, PLA was all set to launch the ve

REGISTER TO OUR NEWSLETTER

Stay in the know about the latest in Scientific Data Management, Digital Transformation Strategies for Lab Processes, latest technologies and methodologies. 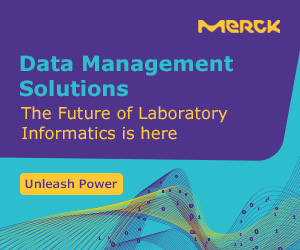 Get all the latest news in lab automation right in your inbox.
Subscribe to the PLA Newsletter!